The Spanish test site is located within the Mediterranean Corridor between Barcelona and the French border. The specific highway segment is over 20km of four-lane carriageway. Each lane is 3,5m wide. The internal hard shoulder is 1m and the external hard shoulder is 2,5m. The highway median is 5m wide (in average). The test site includes four intersections and a 180m tunnel. The Average Daily Traffic (ADT) in this section was around 30.000 vehicles per day in 2016, and the speed limit is 120km/h.
The currently available ITS equipment includes different types of VMSs, video cameras, Bluetooth antennas, and magnetic sensors for measuring occupancy and 1 Weather station. ITS-G5 short range communication and cellular communication are available at the test-site, and a proprietary Fibre Optic ring network with 10 Gb Bandwidth connects all the equipment from the test-site to the TMC in real-time.

The tests carried out in September 2019 evaluated all three Inframix scenarios:

In this scenario, the aim is to test the impact of a dedicated lane for autonomous vehicles on the overall traffic flow. At the same time, we tested the new road signs elaborated by INFRAMIX, including digital panels, vertical road signs and road marking.

In this scenario, the situation to be evaluated is a lane closure for maintenance work on the highway.  The aim is to look at the signs on the digital panels on the gantries, the trolley on the berm at the beginning of the work, the signs of the work itself and, depending on the testing vehicle, either the vehicle’s screen or a tablet. In addition, depending on the assigned vehicle, the signage can also be viewed on the car’s screen or tablet.

In this scenario, the situation tested is the separation of vehicles flowing on the right lane due to an approaching incorporation. Traffic control strategies, such as speed and distance recommendations and lane change suggestions, are included in the test.

Pictures from the Spanish test site

The cooperative communication between infrastructure and vehicles (I2V)  was evaluated through three different channels:

At the end of every test, participants were asked to fill some questionnaires in order to elabrate on their experience. The goal of this activity was to collect some feedback from users in order to grasp their acceptance of new technologies and traffic management measures. The results of this inquiry will inform the following deliverables of the project. 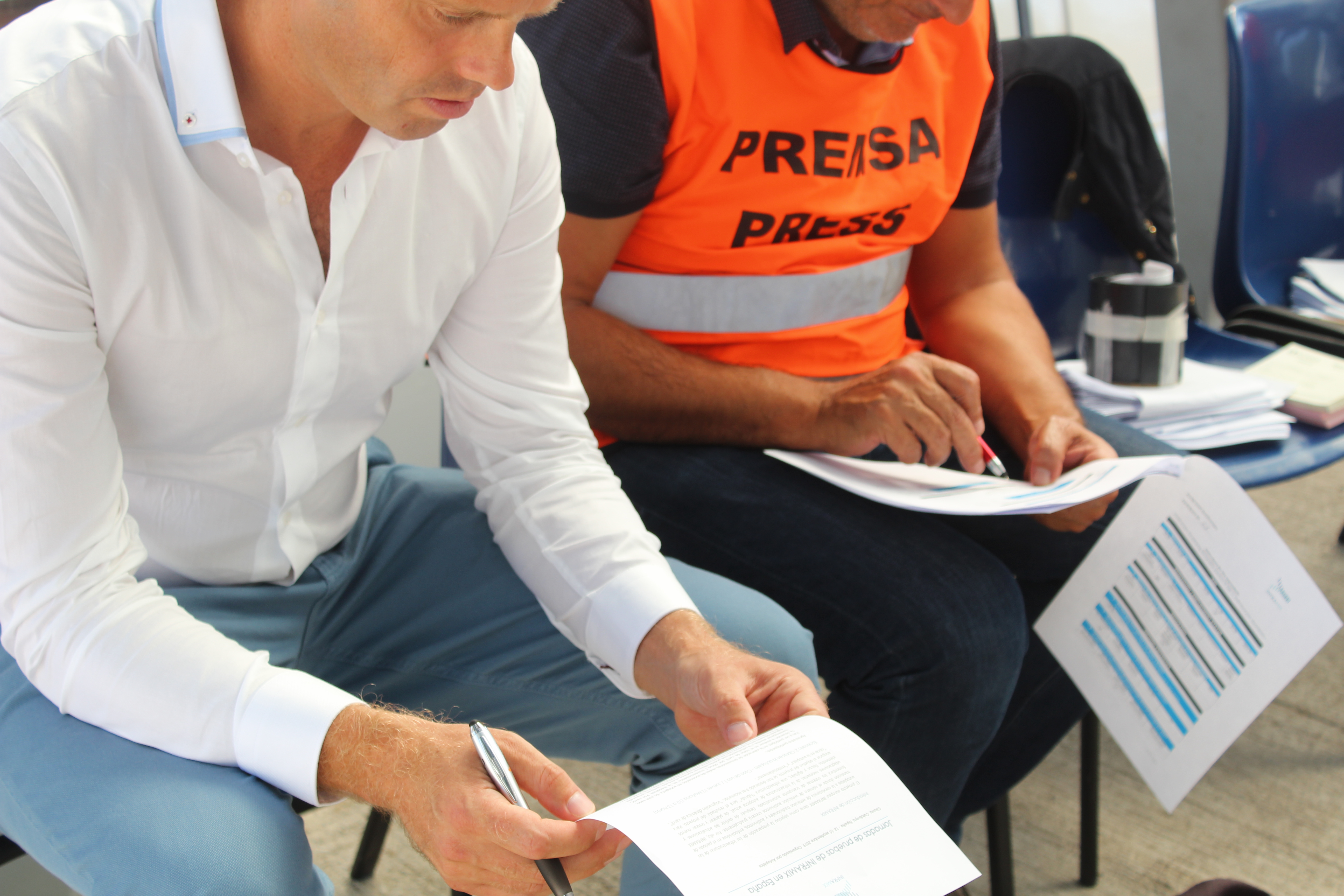 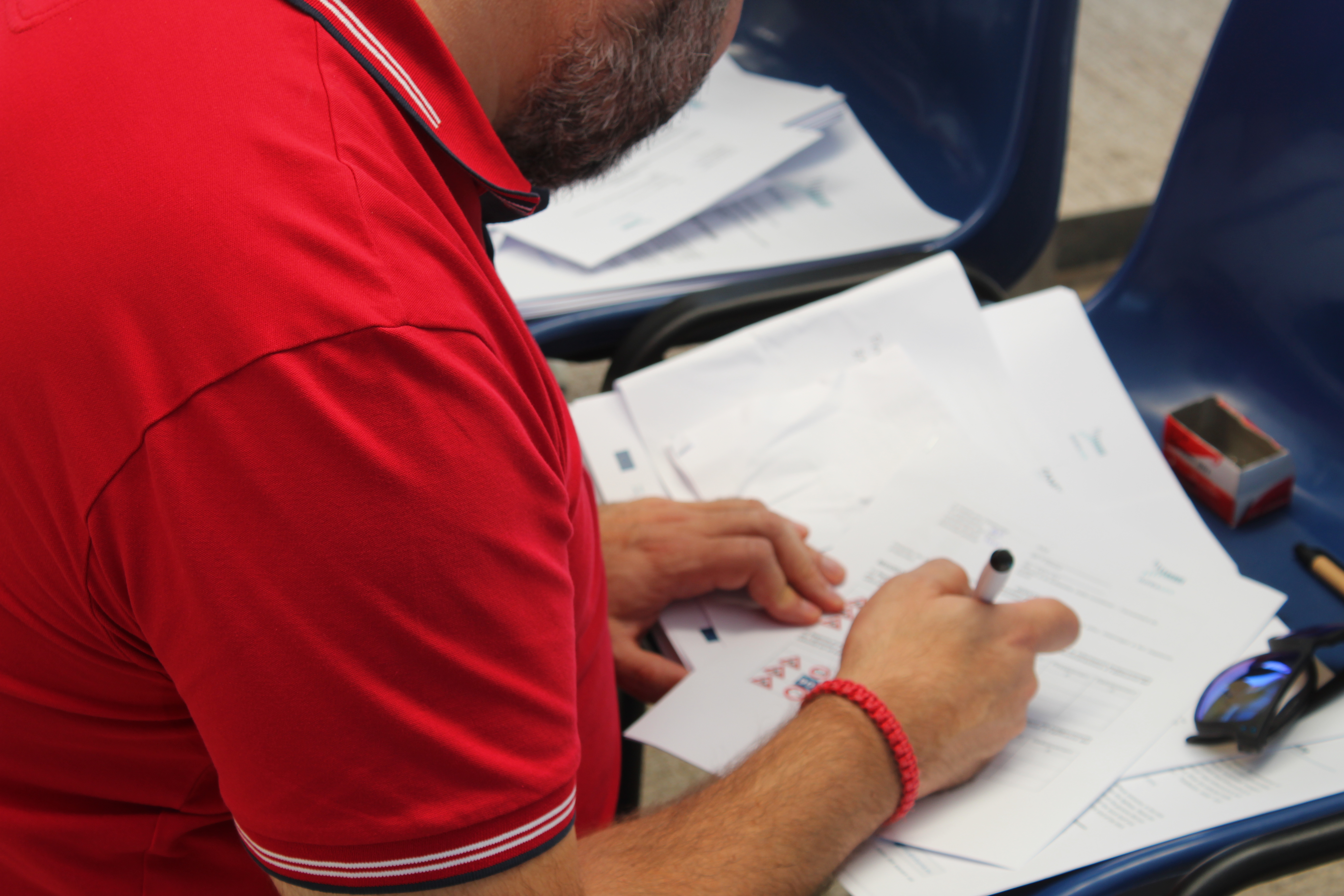 Participants filling the questionnaire about their users’ experience.

The testing days in the Spanish Inframix site had a remarkable resound in the local, regional and national press. Lots of journalists took part as users in the testing rounds, which were also shown on tv news thoughout Spain. We also welcomed the Catalonian minister of Digital Policies and Public Administration Jordi Puignero on the second day of our test. He participated in the test of the dedicated lane to autonomous vehicles. 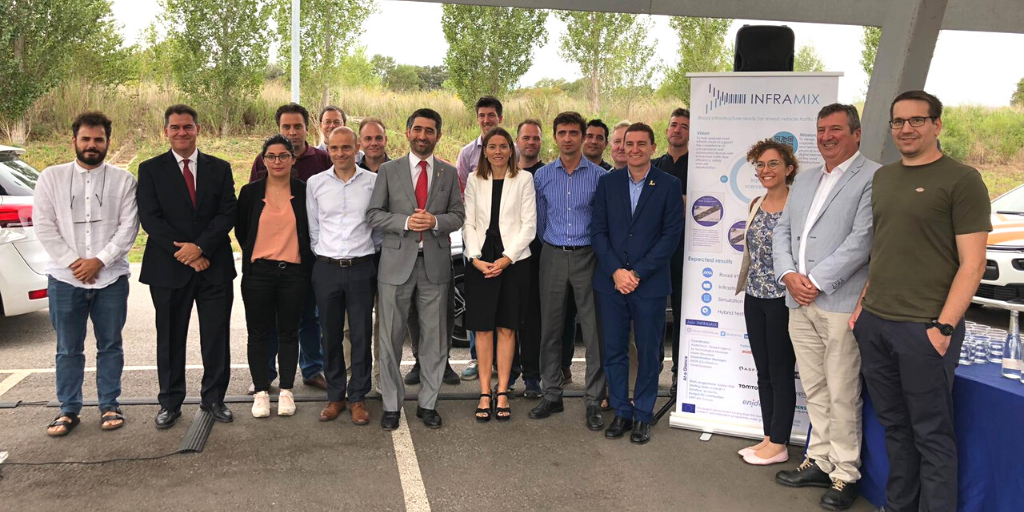 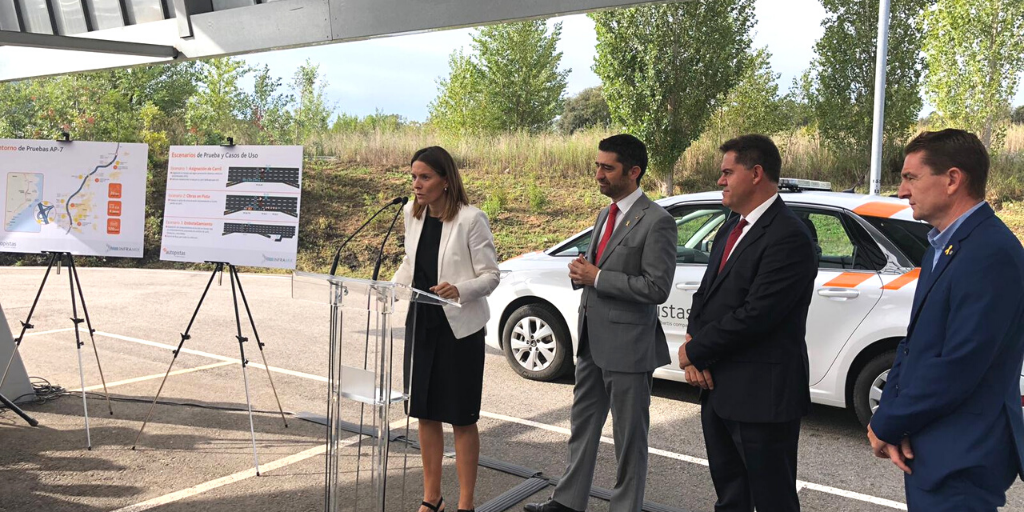 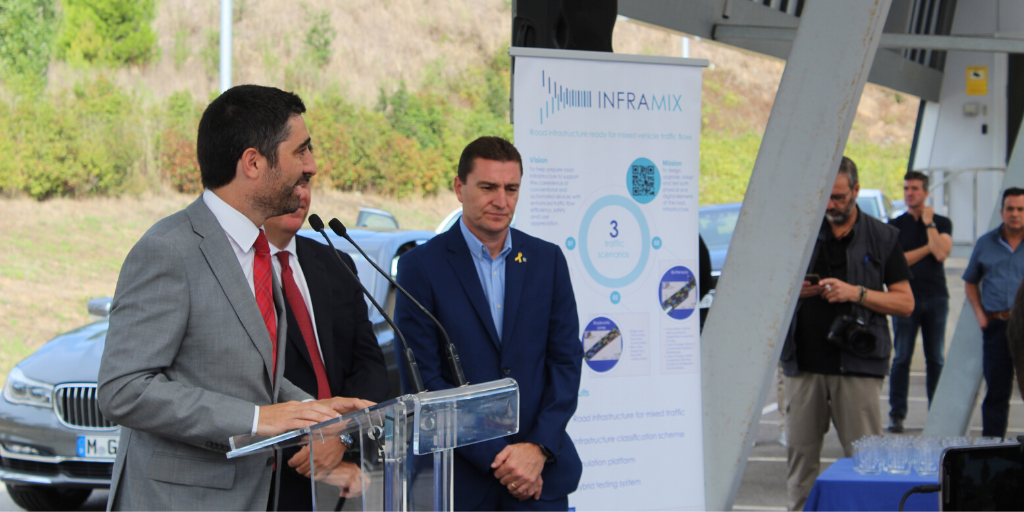 The Inframix team with the Autopistas CEO and the Catalonian Minister of Digital Policies and Public Administration.